The beginners guide to NFTs

While skeptics are already predicting the NFT bubble to burst, many brands and industries are just getting warmed up.

The internet is buzzing with news of non-fungible tokens (NFTs) infiltrating and shaking up major industries. So what exactly are these unique digital assets? And will the hype last?

While fashion is yet to fully embrace the phenomenon, there are murmurings of how it could potentially shake up the industry. Here's a quick cheat sheet of everything you need to know in under five minutes.

NFTs are unique digital assets. They can be anything from art, gifs, music videos, virtual clothing and more. They can then be authenticated and minted using blockchain technology, allowing creators to protect and make money selling digital items that would otherwise be free and easily replicated. As with crypto-currency, the blockchain creates a digital record of the price and ownership, which is then stored and maintained, making it impossible to forge. NFTs can also contain smart contracts that may give the artist a cut of the token's future sale.

And the hype is real. Back in February, Chris Torres transformed his decade-old viral gif Nyan Cat into an NFT that sold for almost $600,000. So if downloading an image from the internet to your smartphone is like buying a reproduction of the flying poptart puss, owning the NFT of that image is like owning the original Nyan Cat. And as NFTs become more popular, demand increases will drive their value up.

Something still not clicking? Check out SNL's explanation in its recent skit.

The impact on fashion

The next step in virtual fashion

Already a growing area of interest, NFTs can bring an additional layer to virtual fashion. Brands can create a phygital experience, offering the NFT as a digital twin to an actual garment. This can appeal to consumers at both ends of the pricing scale, serving as an entry-level buy to reach a new audience, such as Gucci introducing digital sneakers for $12. Or, retailers can use the technology to unlock creativity, making NFTs one-of-a-kind collectibles for the luxury consumer that couldn't exist in the real world, like The Fabricant's flaming shoe. Going beyond wearable, NFTs that can only be uploaded on social media, where traditional fashion marketplaces are being reimagined to cater to this technology. A new platform Neuno is working directly with fashion brands to create NFTs that can be bought, sold, collected, worn and traded on its site.

Quashing fake replicas is an ongoing challenge within luxury fashion. NFTs stand to benefit higher-priced goods containing unique characteristics and metadata within the blockchain, making them a traceable, unique asset that's unable to be altered. There's an opportunity for luxury brands to embed NFTs in their products for consumers to authenticate the price of high-value goods to prevent counterfeiting and track purchase histories if resold.

The sneaker collaboration between digital studio RTFKT and artist Fewocious was issued in the form of an NFT, with physical shoes sent later to buyers as a thank you. The collaboration generated hype, resonating with digitally-native sneakerheads snapping up pairs priced between $3,000 to $10,000. Ideas floating for future concepts include embedding NFTs in physical products, where shoppers could win prizes at random such as access to digital fashion shows to encourage interest. 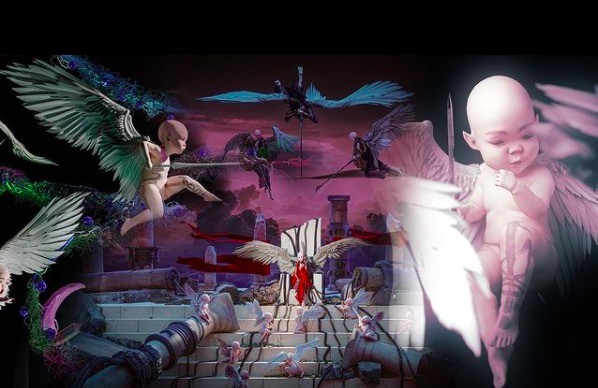 Other industries on board

The NBA is reimagining basketball cards with officially licensed collectible NFTs through Top Shot. On the platform, fans can buy and sell clips called "Moments" of their favorite players. The most expensive clip, a Moment of LeBron James dunking, sold in February for $208,000. Tom Brady is also launching a platform named Autograph in the spring, which will sell NFTs of the Super Bowl champ as well as develop digital collectibles for other big names in sports and entertainment.

Kings of Leon made history as the first band to release an album as an NFT. 'When You See Yourself' is part of a project with different types of tokens giving buyers exclusive audiovisual art or front-row seats for life. The Weeknd followed, auctioning a limited-edition collection on Nifty Gateway which included an unreleased song, donating half of the profits to the United Nations World Food Program. Both artists reportedly generated $2 million from their NFTs.

Redefining modern art, Jack Dorsey's first-ever tweet sold as an NFT for $2.9 million. Grimes sold a selection of her first NFT digital artworks for $6 million, consisting of otherworldly images and short videos to music. Christie's auction house set records with the $69 million sale of Beeple's Everydays NFT. Not to be outdone, Sotheby's collaborated with digital artist Pak on a new NFT series, The Fungible Collection, available at Nifty Gateway for $500 with another six works coming soon.

Are they here to stay?

After being late to conform to ecommerce, they don't want to be behind on the next big thing. Vogue Business reported multiple luxury fashion houses are close to releasing NFTs, including Gucci. The RTFKT Studios x Fewocious collaboration, which made roughly $3.1 million out of selling less than 700 pairs of shoes, presents an opportunity for fashion brands foraying into this space to join forces with businesses already well versed in the technology - instead of starting from scratch.

While the time may be ripe for fashion to jump on the bandwagon, it's not without risk. The concept is still challenging for most consumers to digest, coupled with the difficulty of setting up cryptocurrency wallets. Not to mention the detrimental impact NFTs and the blockchain network have on the environment. It's estimated that crypto art platform OpenSea emitted 67,824,222 kilograms of carbon since its 2017 launch.

All eyes are on uptake from younger consumers. As millennials grew up coveting now-valuable Pokémon cards, NFTs are poised as the next generation's collectibles. Millennials are currently three times more likely to buy and sell NFTs than their successors, yet this industry's future value and power lie in Gen Z's hands.

Want to stay up-to-date on all the latest news and analysis? Sign up to our weekly Insider Briefing.

The EDITED Analyst team has rounded up the essential products needed in your holiday assortment - our gift to you!

From the industry’s most-hyped labels, we highlight the styles to back for next year.