The data behind the trends acting as a voice for women in a post-Roe v. Wade world.

After emerging as a post-loungewear breakout trend, sexy dressing has since solidified itself as 2022's reigning story.

With women continuing to fight for body autonomy, items rooted in empowerment are more important than ever. Discover the four trends shaping the movement going forward.

EDITED knows retail. Reach out to see our data in action.

While both demure and daring dressing can empower consumers, statistics show that sales of shorter hemlines surge in association with political and social movements. This can be traced back to the 60s when the mini skirt captured the zeitgeist of youth rebellion and protest as women campaigned for birth control access. The pattern has continued in the past decade as recent events led to women’s liberties being threatened and their bodies policed. 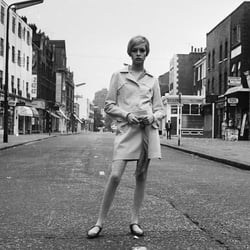 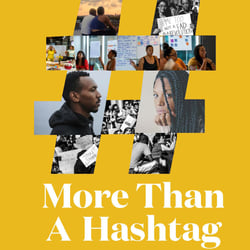 Notably, the #MeToo movement rose to prominence in 2017, with searches for the term peaking in October due to the New York Times exposure of Harvey Weinstein. An increase in sell outs for mini dresses and skirts swiftly followed. Additionally, by January 2018, sell outs of black dresses, a uniform for the movement, jumped 225% YoY.

In 2022, micro mini lengths have proved successful in their own right, with Mui Mui’s belt-length skirt reaching viral status and Y2K era trends continuing to influence retailers’ assortments. Following the overruling of Roe v. Wade by the Supreme Court restricting women’s access to abortions in the US, mini skirt sell outs shot up again, proving how powerful sexy dressing is outside of simple aesthetics. 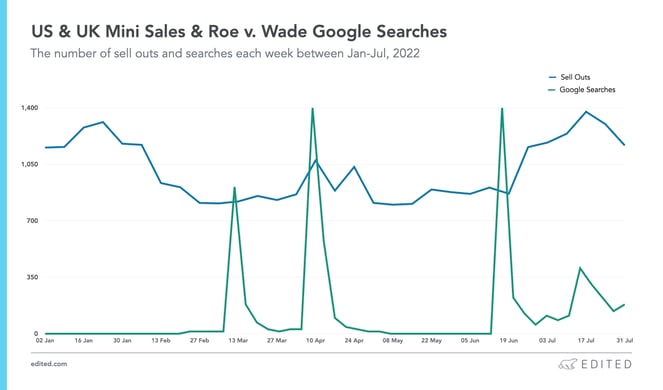 Retailer’s email communications surrounding significant events, such as the #MeToo movement and the overturning of Roe v. Wade, have been few and far between, although many did release public statements and show support on social media. Most noticeably, the use of feminist slogan tees has long been a way for fashion retailers to contribute to activism. The Frankie Shop recently launched a slogan T-shirt in collaboration with designer Jeanne Friot, and all proceeds from its sale will go to The National Network of Abortion Funds. 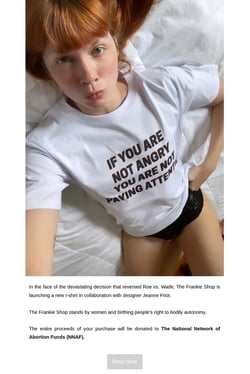 Censorship of women’s bodies online has been a topic of debate for years, particularly when it comes to female nipples. In 2014, Instagram changed its rules against nudity to allow for “photos in the context of breastfeeding, birth giving and after-birth moments, health-related situations (for example, post-mastectomy, breast cancer awareness or gender confirmation surgery) or an act of protest.” More recently, Facebook and Instagram have been removing posts of abortion pills as posts spiked in the aftermath of Roe v. Wade.

While it does not look like Instagram or Facebook are planning to change their rules anytime soon, users continue to share nudity on the platform, often blurring the nipples or drawing over them in a color that matches the model’s skin tone – like adidas did for its sports bra campaign, which was banned by the UK Watchdog for featuring explicit nudity. Also campaigning against censorship of women’s bodies online, famous photographer Rankin launched an online community project in June 2022 called THE UNSEEN, showcasing images that have been taken down from Instagram. 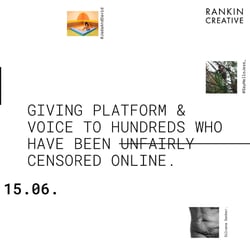 Barely-there fashion has made its mark for 2022, with the sheer dress a key trend on the Spring 2022 runways and at this year’s Met Gala. Investment is also on the rise, with sheer apparel having increased 10% YoY across both regions, with dresses, in particular, +28%. Most recently, Florence Pugh sparked conversation furthering the #FreeTheNipple movement by wearing a sheer fuchsia pink Valentino dress to the designer’s Haute Couture show.

In the next iteration of naked dressing, we see naked trompe l’oeil body prints on the rise, noted at the Fall 2022 runways and worn by celebrities from designers like Balmain and Y/Project. Lyst found that searches for ‘naked’ fashion pieces have increased by 430% over the past four months, with Jean Paul Gaultier x Lotta Volkova’s naked dress having gone viral. Uptake in the mass market for this print has been slow, presenting an opportunity for retailers to get ahead of their competitors whilst this print is still in its early adoption phase. 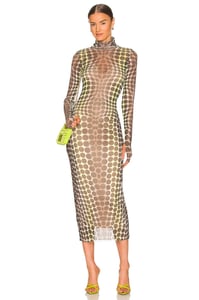 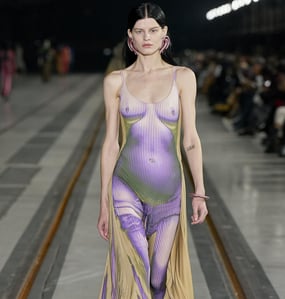 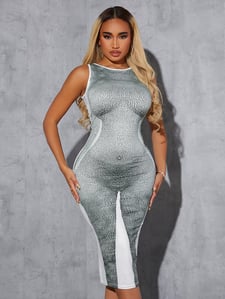 New arrivals in leather apparel have risen 17% vs. 2021, with US retailers favoring the fabric for bottoms, equaling 39% of new styles driven by investment in leather trousers. UK retailers invested more heavily in outerwear, which made up 46%. Leather is poised for a successful fall/winter following the uptake of the emerging Bikercore aesthetic and with tastemakers taking sartorial cues from the kink community.

Fetishcore has infiltrated the luxury space, with Versace showcasing red (take note – the next dopamine hue) PVC leggings. Plus, harness details and bondage ties were noted by Richard Quinn and Roberto Cavalli. Trickling into Pre-Spring, Balenciaga sent models down the runway clad in balaclavas and gimp masks. While not all may translate into assortments, retailers are betting on corsets. New dresses are up 495% YoY since the start of the year, while tops, where boning details are more widely adopted, are up 265%. Mass market retailers have yet to embrace latex, presenting trend-led brands with an opportunity to be ahead of the curve, while thigh-high boots are anticipated to be a hot commodity for winter. 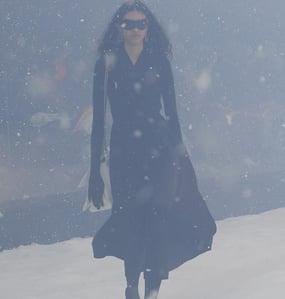 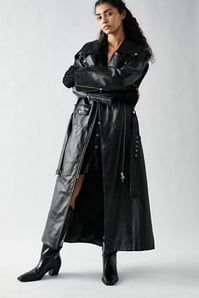 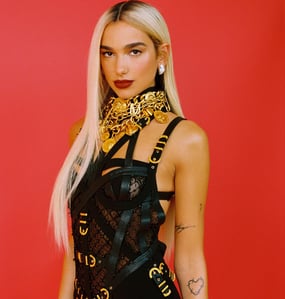 Also named the whale tale, this Y2K trend made waves when Bella Hadid walked down the Versace Men’s Spring 2020 runway in July 2019 wearing bottoms featuring visible thong straps, signaling the return of the low-rise pant. ASOS, Urban Outfitters and boohoo are among retailers who have dropped bottoms that feature an in-built thong detail for Spring 2022, seen across jeans, flared pants and mini skirts.

With the low rise pant cementing itself as a must-have item for any retailer’s Y2K offering, daring fashion icons like Julia Fox are pushing the trend to its extremes, opting for even lower cuts that reveal the upper pubic area (otherwise known as the UPA). While this risqué cut is an extremely directional trend, retailers such as Urban Outfitters have brought in a dipped waistband jean that features a zip front closure and super low rise fit. Low rise bottoms have increased by a notable 274% YoY and will be here to stay next year, with cargo and parachute pants the most low-risk way for retailers to invest in the trend. 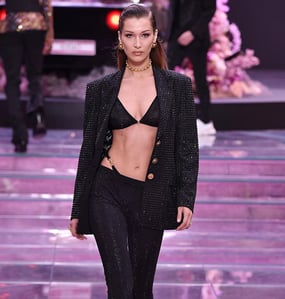 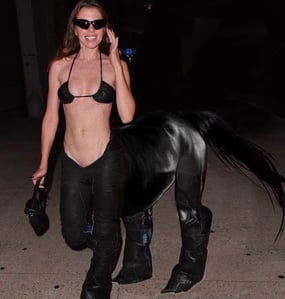 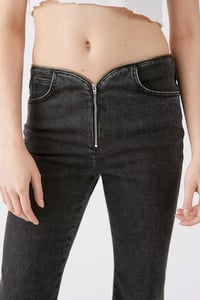 As demand for occasionwear persists, skin-baring cut-outs show no sign of slowing down. Subtle reveals, such as keyholes or asymmetric shoulders, are giving way to more experimental and statement placements as designers expose stomachs, hips and pelvises through triangular or circular cut-outs. Retailers still have time to back this trend – it was confirmed as a standout feature during the Pre-Spring runways. Gucci and Victoria Beckham incorporated it in dresses, while Ottolinger presented leggings with thigh cut-outs, making the detail a shoo-in for Spring 2023 shows.

Analyzing new arrivals this year shows dresses are the leading category to feature the detail, with retailers having doubled their investments YoY. Bottoms have also seen swift growth – newness is up 12% YoY as trousers with side exposure and triangle back cut-outs are noted. While larger cut-outs may seem risky, the brands that have gone big have seen the payoff. Earlier this year, the Sau Lee Selma triangle cut-out dress stocked at Revolve, which retailed at USD$239, sold out in under a week at full price. 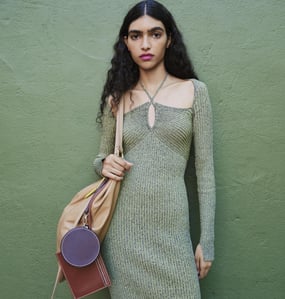 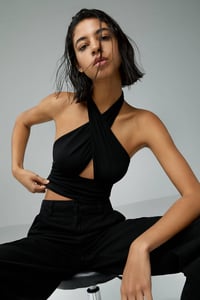 The Truth About Skinny Jeans

TikTok declared skinny jeans are over. But what can Retail Intelligence tell us?

The Queen's Legacy In Fashion

A tribute to the timeless style of the late Queen Elizabeth II.

Could The 80s Dethrone Y2K Fashion?

Here's how retailers can act now on the next nostalgic revival