Rumors are circulating of a follow-up to the 2017 Supreme x Louis Vuitton collection, arguably one of the most iconic collabs to date.

However, with the current marketplace saturated by brand partnerships, and resale prices peaking, do collaborations in 2022 hold the same kind of power?

This report looks at recent drops, through the lens of EDITED data, to determine the state of brand partnerships today.

EDITED knows retail. Reach out to see our data in action.

Are collabs selling out as rapidly?

Traditionally, hyped collaborations were marked by limited product runs, sites crashing as soon as items dropped, sell outs in a matter of minutes, or queues of sneakerheads camped out days before a new release.

Back in November, Balenciaga and Gucci launched their hotly anticipated joint collection dubbed The Hacker Project. There was an expectation that customers would snap up products from two of the world's hottest brands instantly, but, while the collection achieved sold out success online, EDITED found it took an average of 34 days to sell through globally (across the US, UK, South Korea, China, Japan, Hong Kong) with 15% of styles replenished. Sneakers had a higher turn rate selling through in 21 days on Gucci sites.

Price points don’t always dictate sell out rates. While items that were part of The Hacker Project averaged between $240 for a silk scarf and $13,000 for the crystal hourglass logo jacket, its sneakers retailed for $1,290.00 - that’s 41% cheaper than the $2,200 Dior x Air Jordan sneakers that reportedly sold out in minutes in 2020. Additionally, 70% of the Yeezy Gap engineered by Balenciaga range is still available on Gap’s US site. On average, these items are just over $1,000 cheaper than traditional Balenciaga styles.

Partnerships with sporting goods are often the secret sauce. Even in 2022 at collab fever pitch, Nike x Jacquemus’ site received more than 500,000 connections minutes after dropping, which resulted in a crash. However, the adidas x Gucci collaboration, which launched in June, still has 68% of products available to buy. The products that have sold out did so in approximately 15 days, and globally, 30% have been replenished. This suggests retailers are taking a different approach to collaborations, focusing more on accessibility and long-term partnerships rather than exclusivity.

Analyzing a selection of H&M’s high profile designer collaborations over the years reveals average and exit prices are diminishing. Its 2014 range with Alexander Wang had the highest average price point at $143.60, while the 2016 Kenzo collection offered products at upwards of $500.

Since then, average and exit price points for H&M’s collaborations with Erdem (2017), Moschino (2018), Giambattista Valli (2019) and Simone Rocha (2021) haven’t managed to reach the same heights, offering a more purse-friendly buy in to these designers. The brand has also ditched its annual approach to collabs, instead announcing more frequent partnerships, which can potentially lead to consumers experiencing collaboration fatigue.

The exclusivity associated with one-time product drops adds to demand, leading to items being sold for several times higher than their original price.

Almost five years on, pieces from the Supreme x Louis Vuitton are commanding higher prices on secondhand sites than their original drop. Last year, one of the trunks doubled its value on Vestiaire Collective, selling for $118,505, while a hoodie could boast a 400% markup. Meanwhile, newer collaborations are yet to see as much fanfare. Despite the hype surrounding Yeezy Gap Engineered by Balenciaga and the high resale value of Ye’s sneakers, one of the Dove hoodies sold for only sold 33% higher than its original RRP on Vinted.

Though products can accumulate value over time, the evolution of AI and bots allow consumers to buy products faster, speeding up demand for collaborations, which have now reached saturation point. While there will still be interest in new drops, 2022 and beyond will see an increased pressure on brand partnerships to create something special in order to cut through the noise and avoid becoming “just another collaboration.” 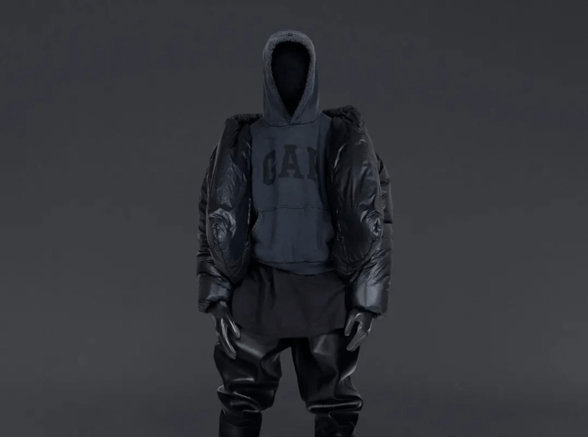 How To Make Plus Size Profitable

How is consumer behavior changing amid inflation and the rising cost of living?

Nike Dunks and Fendi Baguettes. Where have prices gone up, down, and stayed the same?