While several iconic trends, both past and present, stem from African American culture, the Black community remain underrepresented and often uncredited for their invaluable contributions to the fashion industry.

In light of the current situation in the US and the ongoing movements for recognition and diversity in retail and fashion, we honor and celebrate some of the defining trends influenced by Black culture throughout the ages and outline the importance of brands joining in the global conversation to showcase their support and solidarity to the movement for equality.

Considered the ‘rebirth of African American arts,’ the Harlem Renaissance enabled the Black community to develop its first group identity through fashion, gaining control over the representation of their culture. As many people migrated north for better opportunities and a chance to express themselves artistically, the movement introduced the world to trends and style icons still revered today. Zoot Suits, worn by jazz artists like Cab Calloway, emerged as one of the defining items of the era due to its oversized silhouette and wide lapels that continue to influence menswear today. Also synonymous with the movement, pinstripes, silk shirts, wide-brim hats and brogues also lend themselves to modern-day trends.

In womenswear, flapper dressing popularized during this time continues to make a mark on today’s fashion with designers harking back to drop-waist silhouettes, feathers and string pearl necklaces to evoke traditionally-feminine themes. Performer and activist Josephine Baker remains a muse for this era and served as a literal inspiration for Prada’s iconic 2011 Spring collection, which featured earrings in her silhouette and a banana print skirt. 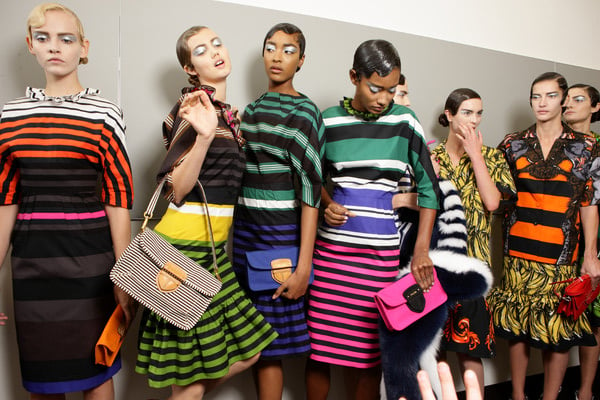 The 60s and 70s involved long periods of political unrest with activist groups formed to promote the equal rights of African Americans. The most influential of them was the Black Panther Party, an organization founded in Oakland, California in 1966, challenging police brutality around the country. Founders Bobby Seale and Huey Newton decided on a uniform of blue shirts, black pants, black leather jackets and black berets in contrast to the military’s green.

During this period, the ‘Black Is Beautiful’ movement also emerged, disrupting the idea that White features defined traditional beauty. Black men and women were encouraged not to bleach their skin or straighten their hair, re-empowering the Afro as a symbol of political activism. Activist and former Black Panther, Angela Davis, is noted as the embodiment of fashion surrounding this period, representing natural hair, turtleneck sweaters and gold chains.

The uniform sparked the beginning of fashion’s role with activism, paving the way for the bohemian protest style of the 1970s as well as more recently the pink pussy hat and women’s rights. In 2016, the Black Panther uniform was reworked into Beyoncé’s Super Bowl 50 performance, paying tribute to Black Lives Matter (BLM) movement.

The underlying theme of ‘urban militant’ style continues to be present on the runway and within streetwear while staples such as black leather jackets and slogan tees are ingrained in our wardrobes. In the current turbulent climate, these items hold particular relevance and continue to be worn as symbols of power. 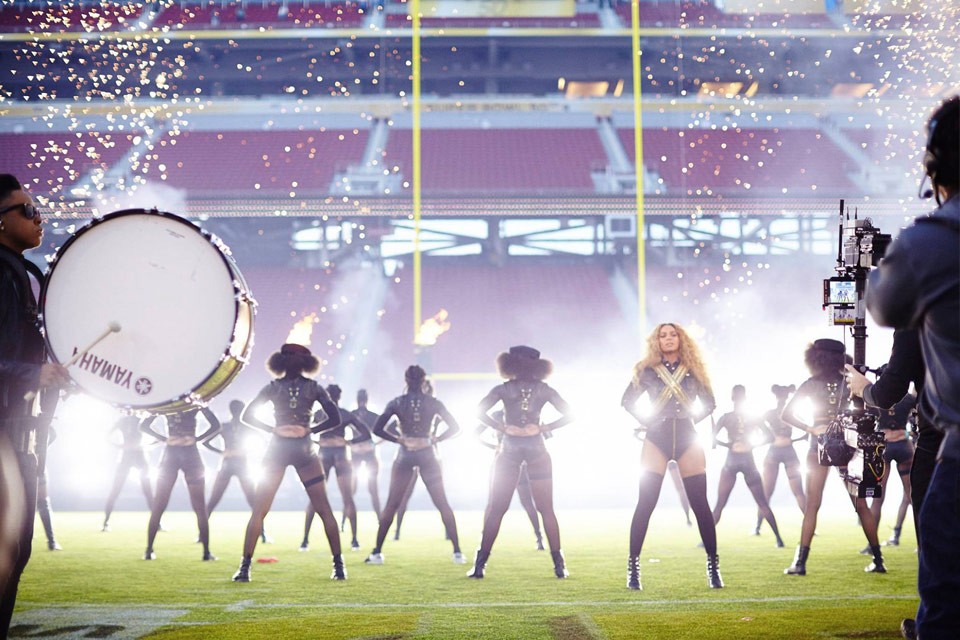 Moving into the 80s and 90s, hip-hop started to take effect on popular culture, manifesting in logomania, primary colors and oversized shapes. Run-DMC rose to fame and kick-started the relationship between hip hop, sneaker culture and product collaborations. The success of the song ‘My Adidas‘ resonated with fans and led to the group becoming the first hip hop artists to receive a million-dollar endorsement deal with adidas, followed by a limited edition ‘Superstar’ release.

With the value of producing ‘clothes without prejudices,’ Cross Colors emerged towards the end of the 80s, marketing to Black youth. Promoted heavily by Will Smith and TLC, the brand emblazoned political and social messages across tees, bomber jackets and color-blocked sweaters.

This era also embraced Afro-Centric prints, a key pattern noted on The Fresh Prince of Bel-Air and worn by Queen Latifah. Accessories popularized in Black culture during this time included bucket hats, gold chains and hoop earrings – core items that continue to be noted in retailers assortments season-on-season.

Athletes such as Michael Jordan began to make their mark on the world and in fashion, driving interest in white sneakers, basketball jerseys, caps and tracksuits. Further fueling fashion’s obsession with nostalgia, The Last Dance docu-series has revived MJ-era trends. 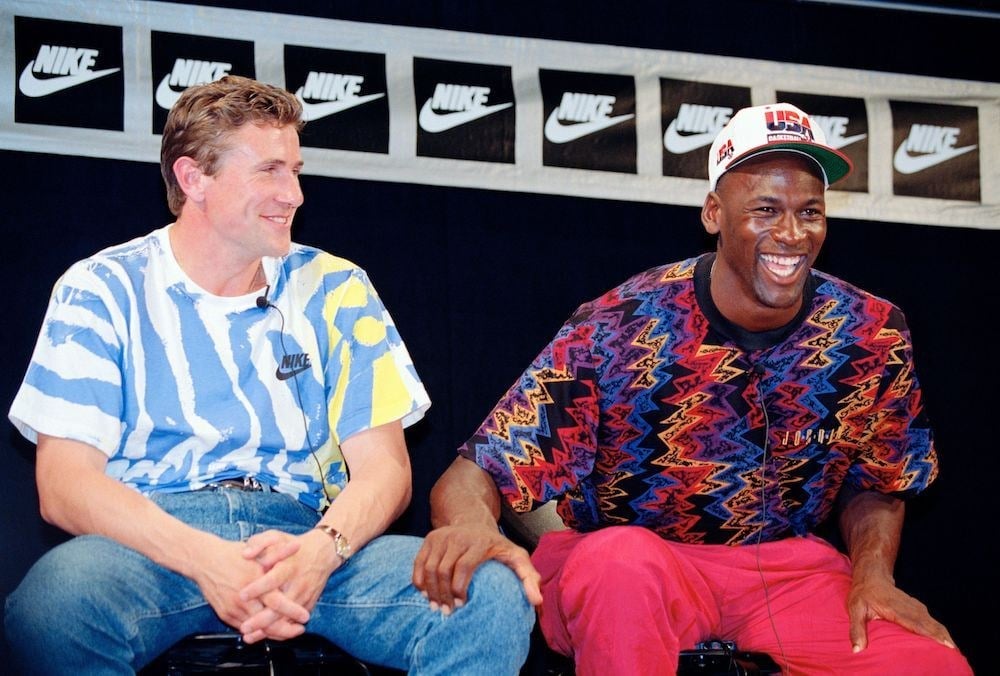 Asserting itself as the defining trend of the 2000s, streetwear has evolved into a luxury and status symbol.

Black culture’s influence into high fashion began with Dapper Dan who first introduced  high fashion elements to the hip-hop scene. The designer established the first luxury fashion house in Harlem and created looks for clients including Salt-N-Pepa and Mike Tyson before finding mainstream success in 2017.

The following year, Rihanna partnered with LVMH to launch Fenty Fashion House to become the first women of color to start a fashion house and the first woman to create a brand with the group.

This further symbolizes the influence of streetwear on luxury fashion, which continues to dominate collections by Black and Non-Black designers alike. 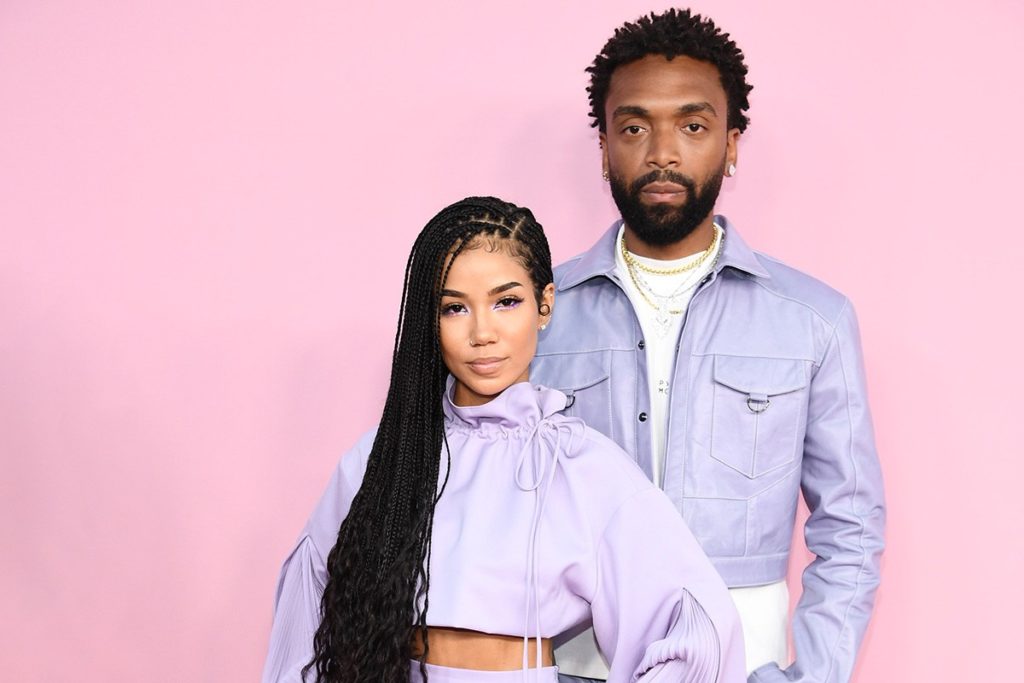 More than a #hashtag

With younger generations at the forefront of driving change, brands trading in the current climate need to use their platform to authentically support the causes the consumer cares about.

Black History Month continues to gain momentum, where last February saw communications and products associated with the event increase by 68%.

While the increase in involvement is a step in the right direction, retailers who aren’t actively supporting movements and causes will look tone deaf to issues that impact a connected network of industries, businesses and people.

Recently, the death of George Floyd in the US has reignited conversations around racial injustices and led to worldwide protests. While there has been an outpour of retailers sharing messages of solidarity, there’s been a push for brands to go above driving awareness.

Glossier, Levi’s, For Love and Lemons and more have shared donations made to organizations combating racial injustice. A call to create opportunity and support for Black-owned businesses has also been made. Aurora James, Designer of footwear brand Brother Vellies, has written a manifesto for big name retailers like Sephora, Net-a-Porter and Saks Fifth Avenue, asking them to commit to buying 15% of their products from Black-owned businesses. Following this, Rent the Runway announced it would allocate an additional $1 million to support Black designers on its platform, alongside a donation.

Black cultural trends have long been embedded in the tapestry of global fashion and brands can no longer afford to capitalize on this culture while turning a deaf ear to broader social issues. This is bigger than retail and it affects all of us.

Here at EDITED, we’ve been sharing various places to contribute to or resources to educate yourself more on the movement. See our list below: