‘Black Is King’: Beyoncé’s ode to Black fashion and beauty

A deep dive into Beyoncé’s latest visual album, Black is King, and how Queen Bey continues to spotlight and redefine fashion trends. 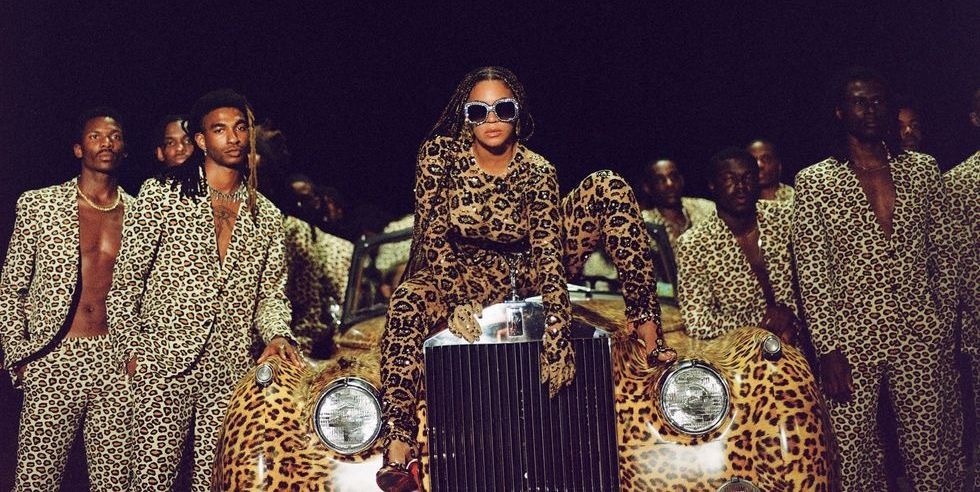 Combined with Bey’s infinite outfit changes against a backdrop of mesmerizing scenery and dreamscapes, ‘Black Is King’ has left a mammoth impact on fashion and culture.

Originally filmed to accompany ‘The Lion King: The Gift’ soundtrack, Beyoncé’s latest visual album served as a celebration of Black history and African tradition during a time of civil unrest. Read on for a cheat sheet of the film’s themes and trends.

A love letter to Black culture

“Let Black be synonymous with glory.” Like ‘Homecoming’, which documented Beyoncé’s historical Coachella performance, ‘Black Is King’ presents the Black experience to a mass audience. The film provides a rich tapestry of African cultures through imagery, symbolism, fashion and dance interwoven with ‘The Lion King’ tale narrated by influential Black voices.

The film explores the African Diaspora, following a young boy’s ascent to the throne while questioning the meaning of kingship throughout his journey away from his homeland. Upon his return and reaffirmation of his identity, he becomes the ‘true king.’ The theme reemerges within scenes, such as Beyoncé rising from the waters of the Middle Passage on Africa’s coasts. Following the events of racial injustice occurring in 2020, the message of proudly reclaiming Black identity is particularly poignant.

The message of community is key as the young boy, guided by his ancestors, learns the responsibilities of becoming a king. In addition to the cameos from Beyoncé’s family, members of the Black community feature prominently with celebrity appearances, include Naomi Campbell, Lupita Nyong’o and Kelly Rowland with casting of Black dancers and actors.

The film centers on pride within ancestral lineage, drawing parallels with central themes from ‘The Lion King.’ ‘Black Is King’ is dedicated to Beyoncé’s son Sir while daughters Blue Ivy and Rumi make appearances alongside husband Jay-Z and mother Tina Knowles-Lawson. The strength of Motherhood is displayed in ‘MY POWER’, where Beyoncé’s feverishly-paced moves are matched by a pregnant backup dancer.

With over one hundred different looks packed into 1hr 25m, ‘Black Is King’ has its fair share of sumptuous sartorial moments. While high-profile luxury brands such as Balmain and Valentino were prominently featured, looks from independent Black designers curated by stylist Zerina Akers stole the show.

S.Garvey and D.Bleu.Dazzled contributed to some of the many catsuits donned by Queen Bey, appearing in ‘ALREADY’ and ‘FIND YOUR WAY BACK’ respectively. S.Garvey’s floral number was paired with a yellow coat by designer Venny Etienne of Levenity.

As called out below, exaggerated silhouettes were a macro trend within the film. Some of the show-stopping, space-occupying dresses were courtesy of Selam Fessahaye, a Swedish-Eritrean costume designer and Melissa Simon-Hartman a London-based designer of Trinidadian and Ghanaian heritage.

The ever-popular print appeared in many forms. Valentino’s sparkly leopard bodysuit was a standout item, while Burberry’s cow ensemble should see a revival of this animal print, which saw commercial success last year. Animal print shows no signs of slowing down. It’s a core pattern in Pre-Spring 2021 collections solidifying its presence in future assortments – note leopard print at Rag & Bone, Versace backing snakeskin, tiger at Ermanno Scervino and giraffe at Salvatore Ferragamo.

Catsuits and bodysuits featured heavily in glittered, textured and printed iterations. After its notable appearence on Beyoncé and her backup dancers, Marine Serre’s crescent moon bodysuit has achieved cult status, adding another layer of success onto the already-viral category.

Supersized silhouettes and gowns abundant with tulle was noted by Mary Katranzou and Tim White in ‘BROWN SKIN GIRL’ tying in with the debutante theme. In ‘MOOD 4 EVA’, volume was created with structure where designer Alon Levine transformed Beyoncé into the white queen on a human chessboard. The ultra feminine theme has been one of the most commercially adapted looks from the runway and continues to feed into the mass market.

The striking color scheme makes ‘Black Is King’ the visual feast that it is. Jamaican synchronized swimmers don shocking pink and red. Turquoise is splashed on outfits throughout, connected by the ‘blue man’ (Stephen ‘Papi’ Ojo), who symbolizes the protagonist’s subconscious and the power of African dance. Primary colors play a core role, mainly with yellow. This hue is representative of Oshun the Yoruba goddess of love and beauty who features in Beyoncé’s previous work.

With the opening clip ‘BIGGER’ featuring an ethereal white gown combined with the array of voluminous gowns provides ample bridal inspiration for 2021’s bumper wedding season. Despite being filmed pre-COVID, Bey was ahead of her time with the emerging bathleisure trend. ‘MY POWER’ provides plenty of examples for bold clashing prints and mix and match patterns while the silver and red tinsel dresses set the scene for Christmas party ensembles.

Beyoncé pairs sunglasses with almost every outfit, favoring micro shades or bejeweled styles. A contemporary twist is given to headpieces and turbans throughout the film. Black designers were also responsible for some of the major accessory trends. Lafalaise Dion created the jewelry and headpieces adorned with cowry shells while the oversized gold jewelry and ‘mouth garb’ accessory are by L’Enchanteur.

The clip for ‘BROWN SKIN GIRL,’ directed by Jenn Nkiru, the only female director outside of Beyoncé on the film, is a celebration of sisterhood and femininity. The song’s crux is to take pride in Black characteristics, further disrupting the notion that White features define traditional beauty. Throughout the film, several Black hairstyles are showcased from cornrows, baby Afros, braids, Bantu knot and traditional sculptural styles.

With ‘Black Is King’s’ viral success, retailers wanting to emulate some of these looks need to remain sensitive to their cultural significance and avoid appropriation.

For more retail analysis on the latest current events and news, sign up to our weekly Insider Briefing.

How EDITED data can uncover trend patterns for retailers to gauge when key looks are ramping up or slowing down.

Has festival fashion had its time in the sun? Influencer fatigue and discounting suggest a reset is due. Here's what retailers should know.